An overview of The Wash and North Norfolk Marine Partnership 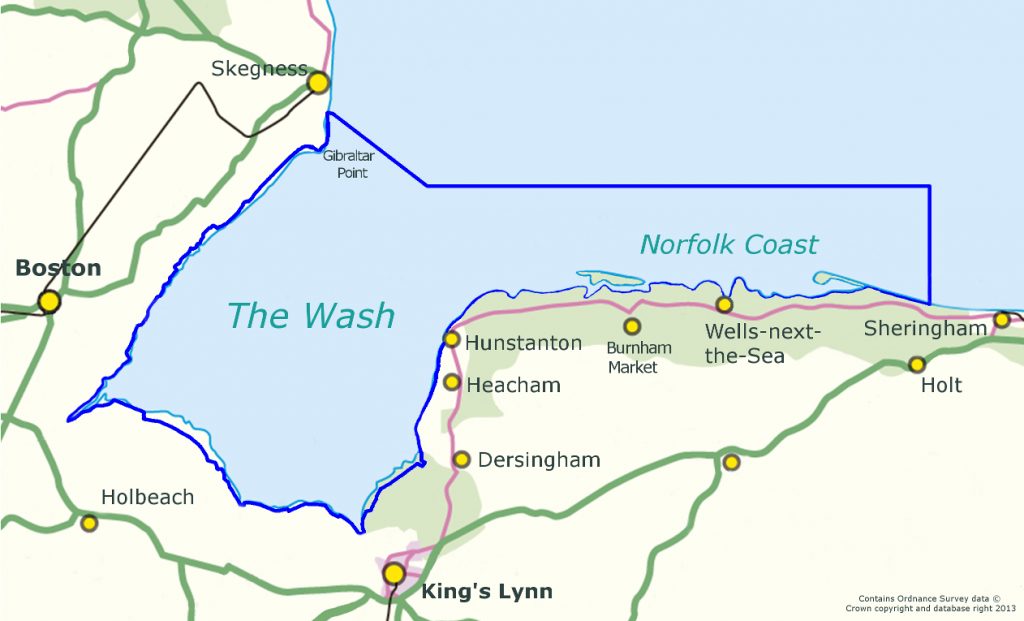 The boundary of the Marine Protected Area network

The creation of these protected areas place legal duties on regulatory authorities to ensure that human activities do not adversely impact the sensitive marine species and habitats of the region. Although there are legal duties to protect the site’s wildlife, an essential working principle for effective management is that human activities occur in parallel with nature conservation to ensure that maritime livelihoods and the regions rich cultural heritage are sustained as part of the marine environment.

The network of four marine protected areas at The Wash and North Norfolk coast connects this region of the British Southern North Sea to a European wide family of terrestrial and marine nature reserves called Natura 2000. The Natura 2000 network has been created through two pieces of European Commission legislation. The EC Birds Directive 1979 called for the creation of ‘Special Protection Areas’, which are classified to protect selected bird species and their habitats. The EC Habitats Directive 1992 called for the creation of ‘Special Areas of Conservation’ designed to protect key non-bird species and habitats. Collectively the SPA’s and SAC’s create the Natura 2000 network. In the UK, the marine component of Natura 2000 that sits within territorial waters are referred to as European Marine Sites. This EC legislation is enshrined in UK law through The Conservation of Habitats and Species Regulations 2010.

On the 23rd June 2016, the UK voted to leave the European Union. The four Marine Protected Areas that constitute The Wash and North Norfolk Coast European Marine Site were created to meet EU obligations and are legally meeting the requirements of UK national legislation. At present, the UK is due to leave the European Union on Friday 29th March 2019. The Government has introduced the ‘Great Repeal Bill’, which aims to incorporate all European Union legislation into UK law. As such, all roles and responsibilities for Relevant Authorities towards European Marine Site’s will remain for the foreseeable future.

Learn more about our work