On Wednesday 13th April 2016, an information board made of an English oak, which celebrates the unique wildlife, history and cultural importance of The Wash was unveiled on the sea bank at Gedney, Lincolnshire. The information board was the idea of retired Gedney Parish Councillor Hugh Piggins, who thought that it is important for visitors and locals to have readily accessible information explaining the importance of The Wash. The board is situated on the sea bank south of the Air Traffic Control tower at Holbeach Air Weapons Range, Gedney. 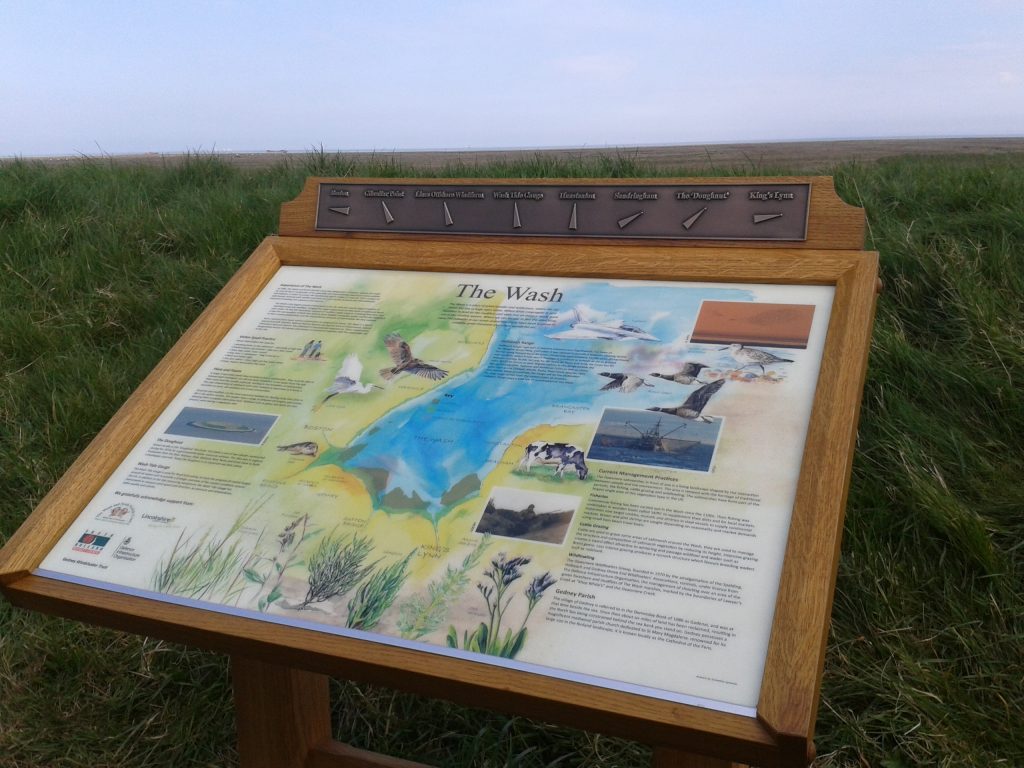 Click here to see Gedney information board in more detail

The project was managed by The Wash and North Norfolk Marine Partnership and the Defence Infrastructure Organisation, and funded by the Gedney Windcluster Trust, South Holland District Council, and Lincolnshire County Council. Harry Stebbing’s workshop was commissioned to construct the board and Samantha Symonds carried out the illustration and design.

Christa Lawrence, Chair of the Holbeach Conservation Group said: “This is the culmination of a wonderful idea and a lot of hard work. Hugh Piggins and Sharron Bosley (The Wash and North Norfolk Marine Partnership Project Manager: 2013-2016) should be commended for their efforts in bringing this project to fruition.  The day of the unveiling itself could not have been better and it was very pleasing to have so many of the Holbeach Range Conservation Group present to watch Hugh Piggins unveil the Board.”

Chalk beds are home to a beautiful diversity of sea-life such as sponges, algae, crabs and herring and are protected at Cromer, Norfolk. Image credit, Rob Spray and Dawn Watson. More