Working together to mitigate the impacts of invasive non-native marine species.

Invasive non-native species are organisms which have moved outside of their natural range (usually with some help from humans) and are causing environmental and economic damage. They are a significant cause of declines in global biodiversity and cost the UK economy more than £1.7 billion each year. Most of our knowledge about the distribution and impacts of invasive species is focused on terrestrial, freshwater or marine habitats. We know much less about their role in the coastal regions which link these areas together.

Estuaries are hotspots of industrial and recreational activity but are also home to many rare and protected species. To better understand invasions in these areas we need to know more about what, where, when and how species become introduced – how invasive populations develop, spread and cause negative impacts on our natural species. 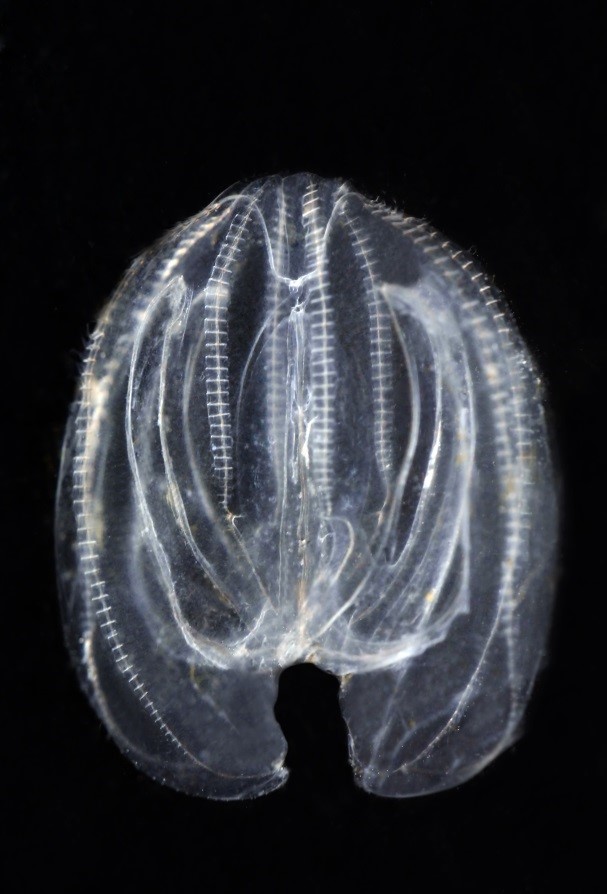 SEFINS (Safeguarding the Environment From Invasive Non-native Species) is a project that brings together experts from across Europe to focus on invasive species in estuaries. Led by the Norfolk Non-Native Species Initiative (NNNSI) and Norfolk County Council, the project worked with The Wash and North Norfolk Marine Partnership, Eastern Inshore Fisheries and Conservation Authority and Cefas to bring cutting-edge invasive species science to The Wash. Here are two examples of collaborative research projects undertaken by SEFINS:

Project 1: Mnemiopsis leidyi AKA the sea walnut is native to the Americas. It spreads rapidly and competes with fish larvae for food, disrupting ecosystems and potentially causing the collapse of fish stocks. It has already invaded the coast of northern France and scientists predicted that The Wash estuary could be next. However, its small size (7-12 cm) makes it difficult to detect by visual surveys. A new technique has been used to look for small or hard-to-find organisms. It can confirm the presence of a species by detecting its DNA in a water sample. The SEFINS team adapted this method for use in seawater and used it to look for Mnemiopsis leidyi. Water samples from 2010-2013 were negative but in 2014 all samples tested positive – the first time this species was detected in UK waters.

Project 2: Settlement plates are a simple but effective early warning system for the arrival of new invasive species. The technique is already used worldwide but the SEFINS team brought this technique to the UK for the first time. Small PVC plates were suspended 1 meter below the water surface in The Wash and checked every three months for new species growing on them. With help from experts in the Netherlands, a new species of invasive barnacle,  Austrominius modestus (native to New Zealand), was detected in The Wash for the first time.

Such data will improve the way invasive species are managed in estuaries across Europe, helping to identify the risks and allow development of new and improved management options to safeguard our environment and economy.